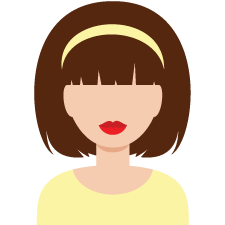 I used to lose my house keys all the time. But after someone found the keys and broke into my house one morning, I decided to install a keyless locking system on my home. Unlike regular keys, a keyless locking system uses a special keypad and electronic system to lock and unlock your home's doors. You choose a numeric key code that only you know about to activate and deactivate the system. Not only is your home safe from burglary and other crimes, you don't have to worry about losing house keys. If you're ready to protect your home, read through my blog. I offer tips on how to choose, purchase or install locks, keys and safes for your security needs. Thanks for reading and stay safe.

Neglecting gun security measures in your home can have drastic and deadly consequences. There are numerous mistakes you need to avoid to ensure that guns in your home are secure and won't cause injury.

The following are six mistakes you don't want to make when it comes to gun security in your home.

When you prepare guns to go in storage, make sure you take all ammunition out of them. Leaving guns loaded is a definite safety hazard. Guns that are unloaded are less dangerous and are less likely to be used impulsively. This means they're less likely to cause injury.

Keeping ammunition together with guns in storage

Simply making sure that guns in storage are not loaded is not enough. It's also important to keep ammunition that's in storage some distance away from your stored guns.

Storing ammunition in a different place from where you store your guns creates an added layer of safety. You should also lock up your ammunition in addition to storing it separately from your firearms.

Gun security takes on a special level of importance in homes with children. If you've got kids in your home, you should discuss gun safety with them. Make sure that they know the danger posed by guns.

Make sure your kids know not to touch a gun and to tell you if they ever see a gun either in your home or outside your home.

Neglecting gun inspection and maintenance before use

You should keep up on the maintenance of your firearms. Have your guns inspected on a routine basis and clean them as necessary. It's especially important to focus on making sure that there are no obstructions in the barrel when you use your guns for target practice.

Not having a trigger lock in place on your guns

Using a trigger lock on your guns is important for maximizing safety. Investing in trigger locks and always putting them on your guns when they're in storage gives you added security and peace of mind.

Leaving a gun out in open sight and unattended

You don't want to leave any gun — even an unloaded gun — out in the open anywhere in your home. Make sure that you don't leave a gun lying around unattended even for only a minute. Keep guns locked in a storage safe at all times, even when they're not loaded, for maximum security.

To learn more about gun security, contact a firearms retailer.